How to Generate Correlated Data in R 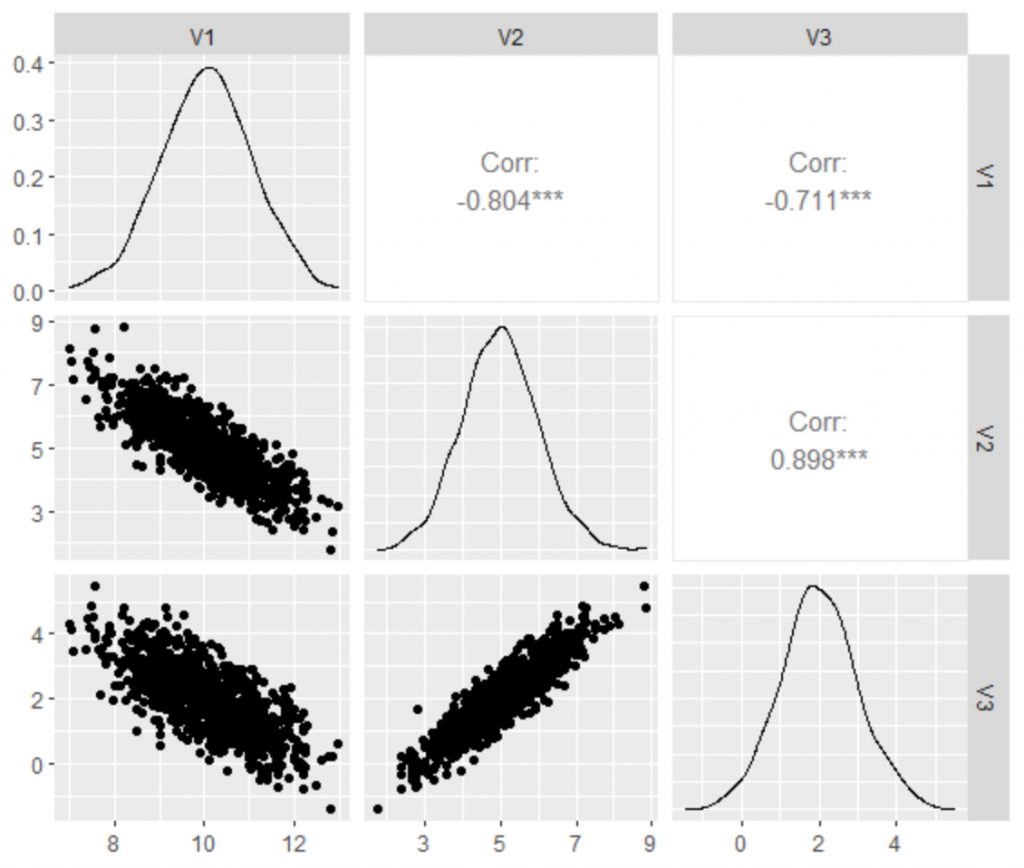 We will generate 1000 observations from the Multivariate Normal Distribution of 3 Gaussians as follows:

As we can see, we generated the correlated data with the expected outcome in terms of mean, variance, and correlation.

In the case where we want to generate categorical data, we work in two steps. First, we generate the continuous correlated data as we did above, and then we transform it to categorical by creating bins.

Let’s see how we can create a Binary variable taking values 0 and 1:

Similarly, we can generate categorical variables of many levels. Let’s say that we want to create the age group from V1 with the following rules:

Similarly, we can add some noise to our generated categorical variables as follows:

1 thought on “How to Generate Correlated Data in R”