Back in 2001, I entered university to study Statistics. During my first year, I ran my first regression model in Minitab and a year later I wrote my first lines of code in R / S-Plus and I still remember my frustration to import the data using the command read.table. At that time, Wikipedia was not existing and neither was StackOverflow🤨.

Once I received my degree in Statistics, I continued my studies in Financial Mathematics (MSc) and once I graduated in 2007, I started my professional career.

Ever since then, my philosophy has always been to try to learn something new constantly. I couldn’t imagine myself not studying anymore, so I decided to continue my studies starting with a BSc in Mathematics. At that time there weren’t any MOOCs like Coursera etc.

In 2012 I started attending several MOOCs and became a great fan of them, especially of Coursera. Since then, I have completed many courses in Coursera, DataCamp, Udemy, Udacity, LinkedIn, and edX. Apparently, I kept my promise to keep studying and try to be up to date. In the last 20 years, I have seen how much things have changed, especially in technology. Simply, if I had stopped studying and evolving, I would have been out of the market.

I entered the market in 2007. I started as a Data Analyst in the banking sector. Then, I continued as a Statistician in the marketing sector, and finally, I became a Data Scientist. As I was evolving in my role, I was getting more managerial responsibilities and the nature of my daily job changed. However, I never stopped getting my hands dirty, and this is a piece of advice to all Data Scientists (and not only) who get more managerial positions: it is the nature of our work to be up-to-date and to follow the technology.

In addition to my full-time job, I work as a Data Scientist on other side projects, such as consulting in startups, consulting to individuals like investors and gamblers, and tutoring. I have undertaken many different projects and I have to admit that almost every project is a challenge for me. Although I am an experienced DS, I still get stuck at some point; quite often I realize that my approach is not the best and I always feel that I have learned something new after finishing a new project.

As I said before, when I started studying the web community of statisticians and programmers like StackOverflow and StatsExchange was not existing and it was difficult to find help online. At that time, we used to go to the university library to find relevant information. I still remember that one day that I got stuck with a project related to Copulas (Clayton, Frank, and Gumbel) and I found a perfect explanation, as well as a simulation code, online in Matlab. I wanted to find this person to thank him/her for his/her contribution 🙏.

With the passing of time, I was observing how the programming languages were evolving. One guy said that “a programming language is as good as its community” and I totally agree with that. For example, I can compare how was R back in 2001 and how it is now in 2020. Take for example Hadley Wickham and his contribution to R and to the Data Science community with the Tidyverse library. The same applies to the Python community with great libraries like Pandas, Scikit-Learn, and NumPy.

I acknowledge the contribution of these people who have worked in R and Python libraries, I admire and respect them. I feel grateful and I would love to be able, too, to contribute to the Data Science community one day.

Apart from the people who have worked on big open source projects, there are other individuals who have contributed significantly to the Data Science community. I refer to people who post their answers on StackOverflow and to bloggers with great blogs such as the Machine Learning Mastery. As I was getting information from Data Science blogs, I realized that there is a “value” to what they are doing, and I started feeling a duty to contribute to the Data Science community too. So I started thinking of how and when Ι could offer something in return for what I have received.

Although the idea seeded in my mind, I was not feeling confident to create my own blog. Being modest, I couldn’t find a place in the market for my blog since every aspect was almost covered by other people. At the same time, I was feeling that I have “stories” to share but I didn’t have time to invest in the blog since I had other priorities. So, I decided not to proceed with the blog but the idea was still in the back of my head.

The Idea of the Blog

While I was working on different projects I got stuck on things that I had done in the past. It was common for me to search in my folders to find the code of a specific task. I am not the tidiest person and I lack organizational skills. So, I wanted to organize my past work for it to be easily accessible. As I was discussing with my colleague Billy about how we could be more organized, we decided to write the snippets of useful code on Atlassian (a platform we use at work to store information). The idea worked, and the whole team founded it to be useful since we were visiting this page quite often. So Billy and I decided that we would create a blog to share similar information publicly. The blog would be about Data Science, and we would share small snippets of codes, known as “hacks”. The name we chose for the newborn blog was Predictive Hacks and the first article was published in August 2019.

The Audience of the Blog

When you write an article, you have to think about what your audience is. In my case, the audience was myself. The idea was to create my own cookbook, my own publicly shared cheat sheet.

Personally, I don’t try to change my writing style. I consider myself as a “Doer” and I am a great fan of simplicity and clarity. I believe that my posts are to the point as they provide reproducible examples. I know that I am not the best writer and I do not invest time in theory, but I try to capture many different fields in Statistics and Data Science, so there is a variety of articles. Also, I try to be efficient and effective. My posts are about things that I have already done in the past for other projects. This gives me the ability to write more articles in a short period of time. I still have a “reserve” of posts that I am planning to publish.

Current State of the Blog

Around 150 small articles of 2–6min read time were published within one year. We started with 10–30 organic users in August, and currently (November 2020) we have 9.5K organic users. The chart below shows the monthly organic users of Predictive Hacks.

The majority of the users are from the United States (20%) and then India (10%), followed by the United Kingdom, Germany, Canada and France. Also, the blog has at least one visitor from 184 different countries!

Finally the Alex Rank of Predictive Hacks is 1.4M

Monetization of the Blog

Since I devote a significant amount of time to my blog, I started thinking of ways to monetize it. My first attempt was the affiliate links. I got affiliate links from Coursera, Udemy, DataCamp, and Udacity and put them on the site. The first two months, I didn’t manage to make any money. It was a total failure, so I decided to remove them! Then, I decided to try GoogleAds. Last month I made €36.69 in Google Ads. I do not expect to make money from my blog. Actually, I can claim that I am losing a bunch of money since I devote much time to it that I could devote to other projects which pay more. Less than 50 cents per hour is a rough estimate of how much I make from my blog!

I am aware that I will not make money as a blogger, but there are other things that I am gaining. For example, I feel that I have given my two cents to the Data Science community and this makes me happy. Also, I have become a better writer and I have already a kind of portfolio that shows my style of coding and my fields of expertise.

Future Plans for the Blog

I haven’t thought seriously about the future of the blog. Definitely, I would like to see a growth in traffic. This gives me the motivation to continue writing. I always keep in mind that this blog is mainly for me and should not put pressure on me or feel like a duty or a commitment. As long as I feel that there is an interest from the Data Science community, I will continue posting. 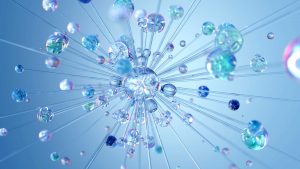