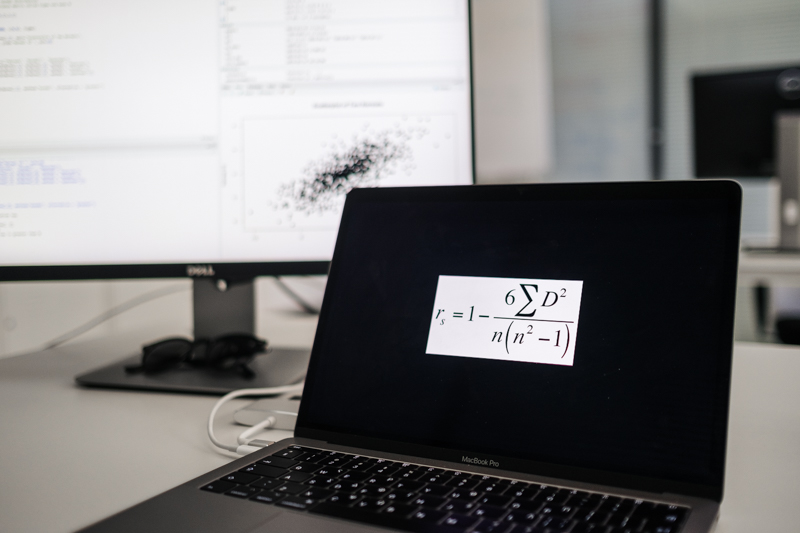 Rank correlation is a measure of the relationship between the rankings of two variables or two rankings of the same variable. In this post, we will talk about the Spearman’s rho and Kendall’s tau coefficients.

Kendall’s tau correlation: It is a non-parametric test that measures the strength of dependence between two variables.  If we consider two samples, \(a\) and \(b\), where each sample size is  \(n\) , we know that the total number of pairings with \(a~b\) is \(n(n-1)/2\)   The following formula is used to calculate the value of Kendall rank correlation:

Spearman’s rho correlation: It is a non-parametric test that is used to measure the degree of association between two variables.  The Spearman rank correlation test does not carry any assumptions about the distribution of the data and is the appropriate correlation analysis when the variables are measured on a scale that is at least ordinal.

The following formula is used to calculate the Spearman rank correlation:

\(d_i=\) the difference between the ranks of corresponding variables.

\(n=\) the number of observations.

As we can see, in this example the Spearman’s correlation was almost identical to Pearson’s, but the Kendall’s was much lower.

In the example below, we set as an alternative hypothesis the Kendall’s correlation to be positive.

The τ is affected by the number of observations and it is difficult to apply rules of thumb for interpreting. However we can say that: