How to run Chi-Square Test in Python 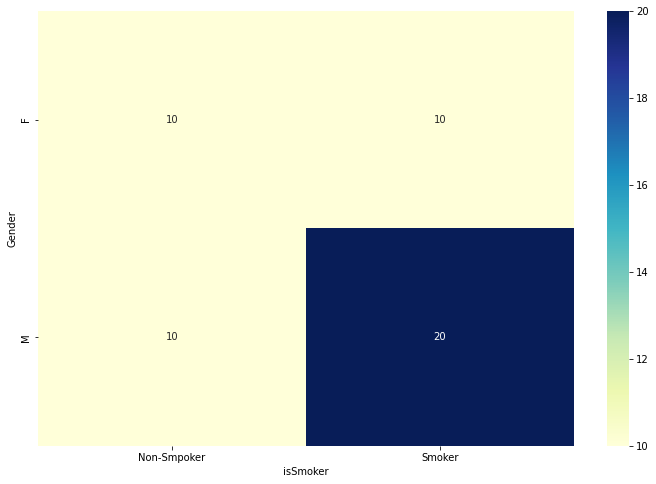 We will provide a practical example of how we can run a Chi-Square Test in Python. Assume that we want to test if there is a statistically significant difference in Genders (M, F) population between Smokers and Non-Smokers. Let’s generate some sample data to work on it.

To run the Chi-Square Test, the easiest way is to convert the data into a contingency table with frequencies. We will use the crosstab command from pandas.

An easy way to see visually the contingency tables are the heatmaps.

Now that we have built the contingency table we can pass it to chi2_contingency function from the scipy package which returns the: