How to Perform a Student’s T-test in Python 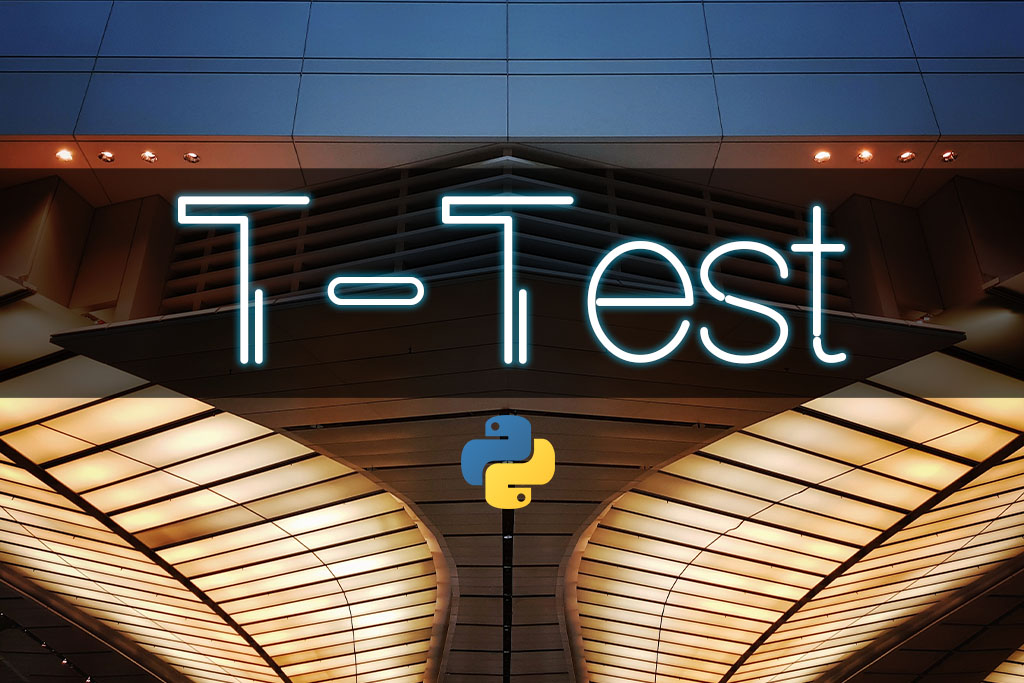 One of the most important statistical tests is the T-test also known as the student’s T-test. In this post, we will show you how to use it for hypothesis testing.

We will create some dummy data and let’s assume that they represent the likes on Instagram for some male and female users in one day. We will see if there is any difference in their mean thus the number of likes the males do is bigger than the number of likes of females.

Let’s beging by setting up our two hypothesis.

Now, let’s set our significance level to 0.05 or 5%. That means that if our outcome has less that 5% chance of occuring we will reject the Null Hypothesis.

The T-Test formula is the following:

In the formula X1 and X2 are the means of the two populations and S1, S2 are the standard deviations. Let’s compute it.

Now Having the T statistic we have to find the critical number at the T statistic table. In our case is a one-tailed test because we want to test if the number of likes of males is bigger than the likes of females. It could be two-tailed test if we wanted to test just if the means of the two populations are not equal.

Now, we will show you how to do it using scipy in one line of code.

We are getting the same results as before for the T statistic but be careful because the P-value here is wrong. This function returns the p-value for the two-tailed test and we want left-tailed. What we can do is to run the following function with our t statistic and the DOF.

As we can see we are getting 0.075 which is bigger than 0.05 thus we will not reject the NULL Hypothesis.