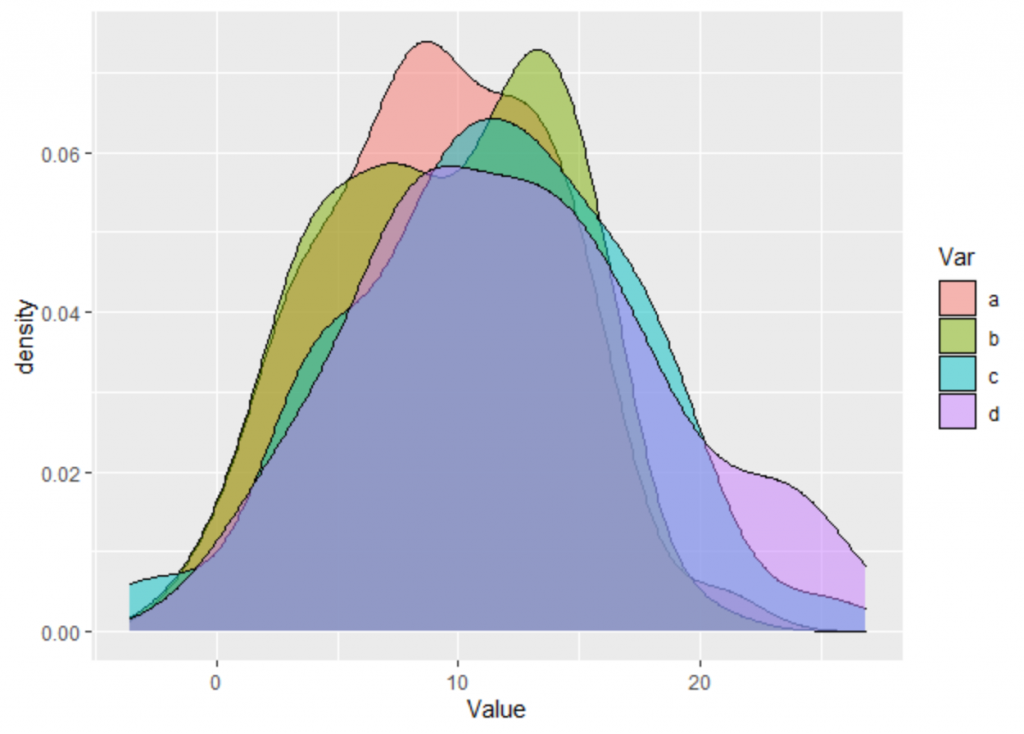 When we run an ANOVA, we analyze the differences among group means in a sample. In its simplest form, ANOVA provides a statistical test of whether two or more population means are equal, and therefore generalizes the t-test beyond two means.

The null hypothesis in ANOVA is that there is no difference between means and the alternative is that the means are not all equal.

This means that when we are dealing with many groups, we cannot compare them pairwise. We can simply answer if the means between groups can be considered as equal or not.

What about if we want to compare all the groups pairwise? In this case, we can apply the Tukey’s HSD which is a single-step multiple comparison procedure and statistical test. It can be used to find means that are significantly different from each other.

Example of ANOVA vs Tukey’s HSD

Let’s assume that we are dealing with the following 4 groups:

Clearly, we were expecting the ANOVA to reject to Null Hypothesis but we would also to know that the Group a and Group b are not statistically different and the same with the Group c and Group d

Let’s apply the Tukey HSD test to test all the means.

As we can see from the output above, the difference between c vs a and c vs b found not to be statistically significant although they are from different distributions. The reason for that is the “issue” with the multiple comparisons. Let’s compare them by applying the t-test

As we can see from above, the difference in means between the two groups, in both cases, found to be statistically significant, if we ignore the multiple comparisons.

When we are dealing with multiple comparisons and we want to apply pairwise comparisons, then Tukey’s HSD is a good option. Another approach is to consider the P-Value Adjustments.

1 thought on “ANOVA vs Multiple Comparisons”

PrevPreviousHack: How to Create files from Jupyter
NextHack: How to Install and Load Packages DynamicallyNext